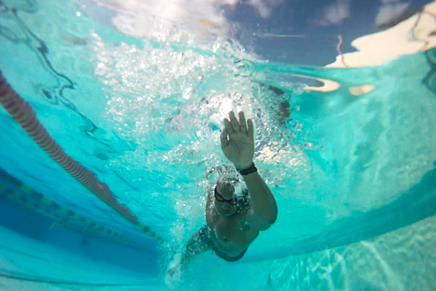 Michael Carballo was born and raised in the Central American country of Belize. Mike grew up on the tough streets of Belize without a father figure, raised by his grandmother who taught him the values of life: to be self-sufficient and to have ambition. Every day was a challenge and being physically fit was one of the only ways to survive among his peers. Dealing with bullies in school and testing your own physical strength were important parts of gaining personal respect.

Growing up he was always stayed active, even fighting through asthma attacks. Being active in sports was one way for him to stay out of trouble. Because of his determination and values he developed a strong athletic ability and learned to play a variety of sports: soccer, basketball, baseball, track and field and even a little bit of boxing. Because of his early height, Basketball was his early favorite. As a tall skinny kid playing in different leagues and tournaments his coach introduced him to a former bodybuilder. Back then in Belize there was no such thing as a “personal trainer.” He soon developed a passion for lifting weights to gain size and strength. His body responded very quickly and with amazing results.

Today Mike has developed that passion towards helping others achieve their fitness goals. Before becoming a certified personal trainer he always felt compelled to share his health and fitness tips with friends; now he can do that daily. He was always learning new things and as the fitness industry kept growing, with encouragement he decided to make it a profession. As a fitness professional for almost 10 years Mike has joined the National Academy Of Sports Medicine (NASM-CPT) and become specialized in: