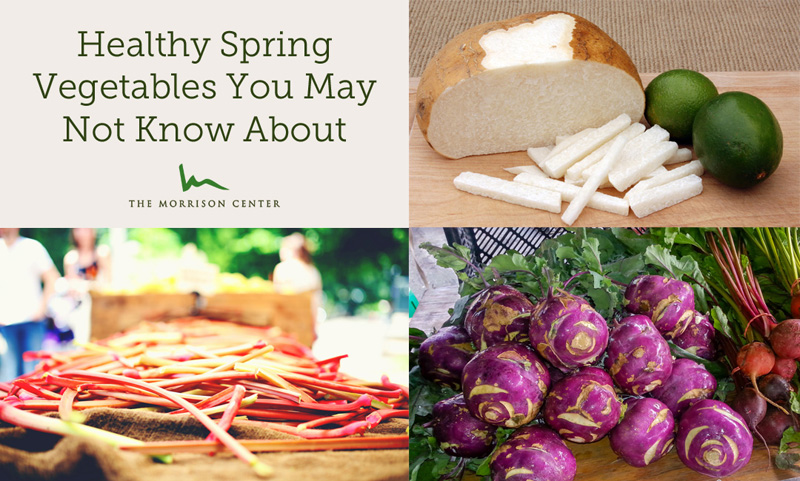 Spring Vegetables You May Not Have Tried

As the weather warms up, new crops appear in grocery stores and farmer’s markets. Allow us to introduce you to three spring vegetables you may not be familiar with: 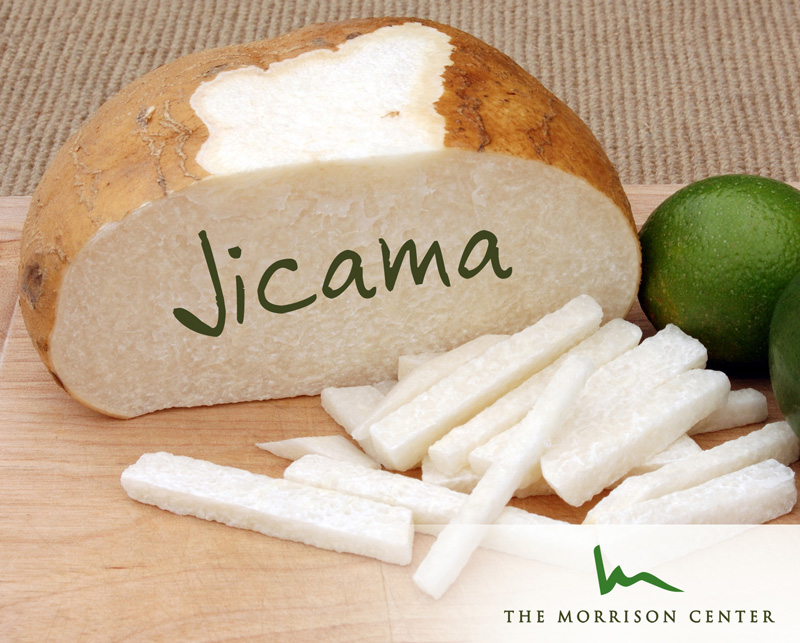 What it is:
Central American root vegetable, underground tuber of a legume
Easy to peel, inside crisp slightly sweet flesh similar to water chestnut but crunchier.

Nutritional highlights:
Up to 90% water, rest is mostly fiber
Its sweet flavor comes from inulin, a soluble fiber that acts as a prebiotic, feeding beneficial bacteria in the intestines.

How to use it:
Delicious as crudites with a dip like zucchini hummus
Great in a crisp, refreshing slaw with apple and carrot (recipe from Young and Raw)
They make a low-glycemic substitute for white potatoes as baked “fries” (recipe from Food Fanatic) or hash browns (recipe from Healthful Persuit) 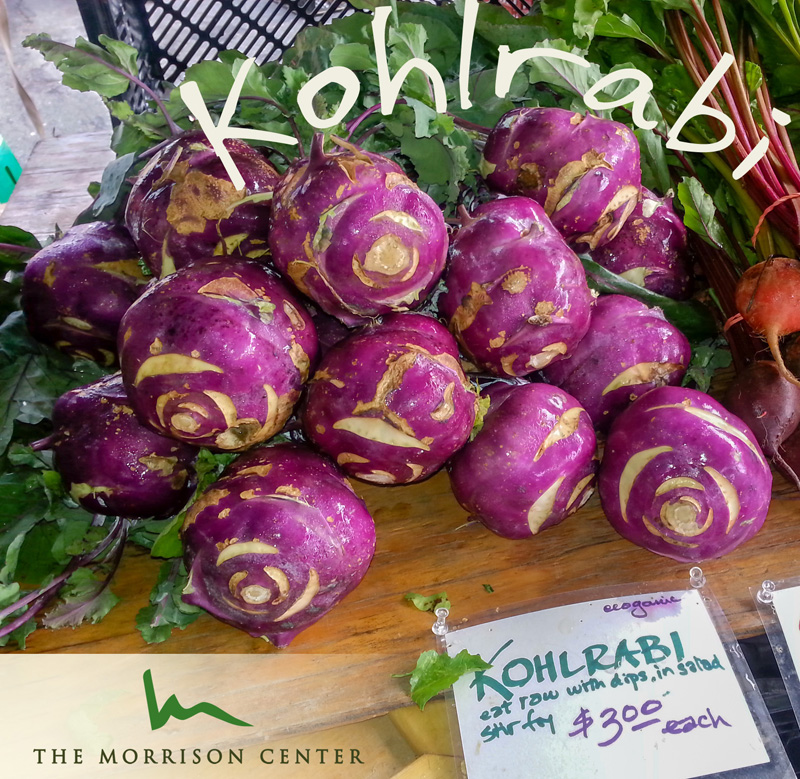 What it is:
A key staple in Eastern Europe until it was deposed by the potato
Member of the brassica family (includes broccoli, cabbage, cauliflower, Brussels sprouts, kale) that grows as a bulbous swelling on the plant’s stem
Has a radish-like bite, slightly sweet like a cucumber
Can be pale green or bold purple

Etymology:
The name comes from the German Kohl (“cabbage”) plus Rübe (or Rabi, a Swiss German variant) (“turnip”), because the bulb resembles the latter.

Nutritional highlights:
Rich in vitamin C, potassium and fiber
Low in calories
From Rebecca Wood’s The New Whole Foods Encyclopedia: “A traditional Chinese recipe to stimulate appetite or to ease indigestion and ulcers uses kohlrabi. Place peeled and thinly-sliced kohlrabi in a glass jar, stir in raw honey and cover. Set aside at room temperature, covered for 48 hours; eat a slice with each meal. Refrigerated, this remedy keeps for months.”

How to use it:
Can eat bulb and leaves
We recommend removing the tough, fibrous skin at the vegetable’s base – here’s a tutorial
Enjoy raw and thinly sliced as crudites
Grate or cut into matchsticks for salads and slaws (recipes from Potluck at Oh My Veggies)
Steam, stir-fry, bake, braise, add to soups and stews — we love this kohlrabi coconut soup with crispy roasted radishes and cilantro 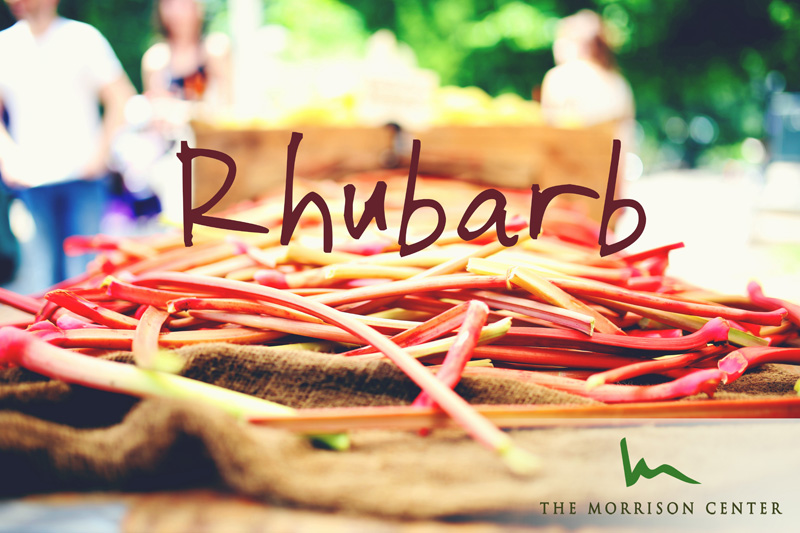 What it is:
A root vegetable that, when mature, looks like a large reddish celery stalk.
Originally from Tibet, this relative of buckwheat tends to be used more like a fruit in recipes.

Etymology:
According to this article, the Greeks originally named it rha barbaron, a combination of two words meaning “not from around these parts.”

Nutritional highlights:
Rich in vitamin C, though most is lost with cooking
Good source of vitamins A and potassium
Contains phytonutrients including catechins, lutein, quercetin and rutin

How to use it:
Rhubarb is often used in pies and crisps; because of its tartness, these recipes often call for a heavy amount of sweetener — choose raw honey to make a treat or experiment with stevia powder as a substitute.
One way to enjoy rhubarb without adding sugar is to make it into a delicious iced tea! (recipe from Warm Vanilla Sugar)
Rhubarb extract has been used in Germany for decades to provide relief from symptoms associated with menopause — we recommend Estrovera by Metagenics to our patients going through menopause to help alleviate symptoms like hot flashes, sleep disturbance, and fatigue.

Additional notes about rhubarb:
The leaves and stems are poisonous; only the fleshy stalks should be eaten.
Rhubarb is high in oxalic acid — eat in moderation and avoid if prone to kidney stones or inadequate calcium absorption.

Our Health Coaches are a wonderful resource for more recipes, healthy meal plans and practical tips to ensure results. Download our Health Coaching brochure, or contact us to set up an initial session.